Blog
Singular TM / Uncategorized / What is a community trademark and what are its advantages?
May 20 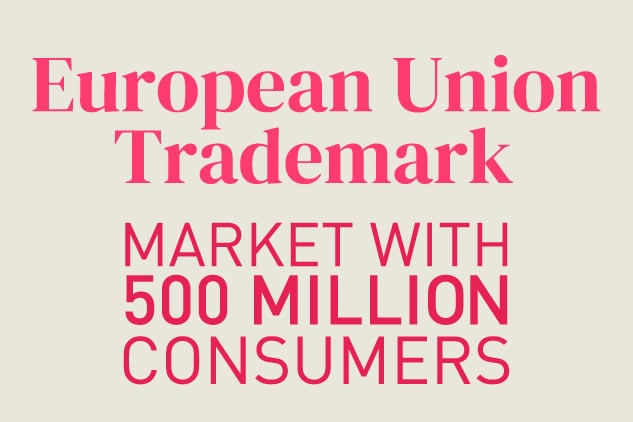 What is a community trademark and what are its advantages?

A community trademark is what is commonly known as a European Union Trademark.

A European Union trademark registration can be requested through a single application which provides protection for a trademark in the 27 member countries of the EU.

Is being protected in 27 countries important?

We live in a borderless era, where digital technology has already transcended physical barriers and made them disappear, especially when we talk about the European Union, a market with more than 500 million potential consumers.

It is therefore important to obtain this protection: nowadays, a trademark registration for Spain only can fall short, and we can be easily copied in other countries.

What is involved in the registration of a Community Trademark, known as a European Union trademark?

It implies the possibility that, provided that the trademark complies with the requirements established in the Community Trademark Regulation or European Union Trademark Regulation, and that there is no earlier identical or similar trademark registration application, it may be granted for all countries at the same time.

For this reason, it must be taken into account that the feasibility of that trademark registration will be reviewed by each of the 27 countries. If the registration application or the granted trademark conflicts with matters affecting morality, public order or decency in any country, the trademark may be refused or canceled after registration.

This was the case of the well-known chain of restaurants “la Mafia se Sienta a la Mesa“, whose trademark was annulled because it was considered to fall within the group of the so-called “absolute grounds for refusal”.

What happens if my European Union Trademark is refused/canceled?

What are the advantages of a European Union trademark registration?

Finally, if you are interested in registering your trademark in the European Union… don’t hesitate. Before you get copied, protect yourself! You can do it right here!

If you want us to assess the availability of your trademark, the available options to obtain the registration or if you have any questions… we can help you, simply contact us!